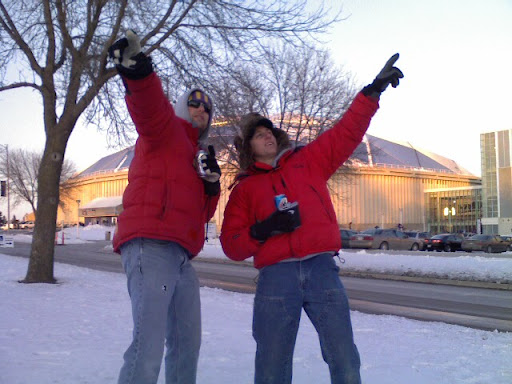 It was cold windy day on the plains of Northern Iowa on Saturday. Windchill in the single digits and beer freezing as you drank it (unless you were quick). A crew of 5 dedicated fans from Texas, Minnesota and Iowa bundled up in a stubborn act of support for the Northern Iowa football team. After enduring 4 hours of cold relentless tailgating, wind and adult beverages, the ritual paid off as the mighty panthers beat New Hampshire in a wild game to advance to the FCS college football semifinals. This means we will do it all again at the UNI Dome next weekend. You can tune in on ESPN at 3pm central.

Today we had snow in Minnesota. Good for the Nordic skiing prospects, bad for the afternoon commute. After a 10 mile, 70 minute commute (that normally takes 20 minutes) there was no doubt the inside of the car was not fit for a child's ears. At one point in the drive I passed a car going down a huge hill as the anti-lock brakes were trying to slow me down. Hindsight tells me I should not have gone down this hill, but the dude I was sliding past (on a residential road) had to think I was totally nuts. I believe the comment from Brandi halfway down the hill was "I am just going to close my eyes." This "scenic route" home allowed us only minutes to let the dog out and cram some food down before moving on to the childbirth class.....week 5. For those of you counting at home, that means we are done next week (I am counting). After some learning about forceps, nipple stimulation and how they sew shut a uterus after a Cesarean section while it sits on your lap, we were done with th 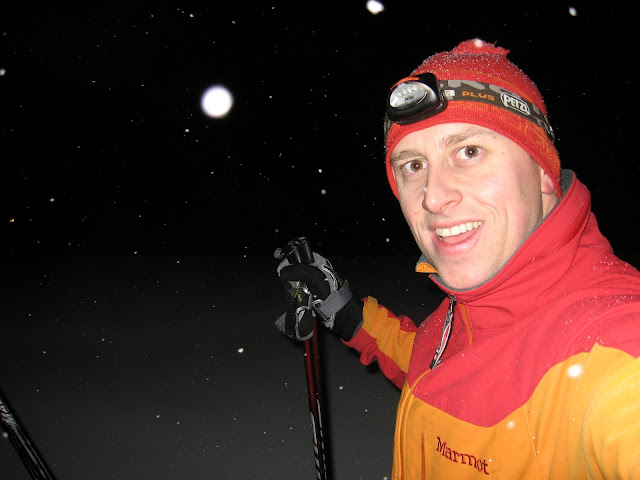 All the snow and birth talk made me want to ski. I headed out to the local high school grounds for a quick lap at about 9:30pm for some fresh tracks and exercise. It's still snowing as I write this at 11pm which makes me really excited for the drive in to work tomorrow morning. If you smell the sarcasm in that, you have a good nose. Go Panthers.
Posted by Mitch Hoffman at 10:31 PM