Reflections on Parenting: Year One 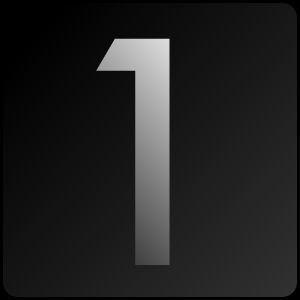 I've now been a parent "successfully" (meaning I'm still alive) for a year. A significant accomplishment for me considering my wife frequently tells me I'm a twelve year old. After all, who knew a twelve year old could take care of a baby? All that considered, it's been pretty interesting. While I don't think I'm ready to write any books on the subject, I have made some significant observations over the past year I wanted to pass along to the world:

1) You can invent anything for a baby and people will overpay for it. The best part is you feel like it's a must have item in your sleep deprived-internet surfing-new parent daze, yet the kid will only use it for about 6 days then be too big for it. It's similar to that phenomenon your college buddy has where he absolutely HAS to buy 6 shots of tequila a 2am.

B) Why can't one of us figure out a way to make formula? Reality is that that crap costs about 4 cents to make and they are charging the cost of 1/2 of a vital organ for a can. Thank god beer doesn't cost that much, as I'm almost out of vital organs after one year.

IV) Puffs taste like nothing. Some crazy ass scientist found a way to make a solid form of air and then started selling it. It makes the kid stop crying, but seriously. (see point 1)

iii) Having a child totally redefines your idea of noise. I used to get really annoyed by the smallest creeking, whistling or buzzing sound. Now, I have been conditioned to the simultaneous harmony of battery operated toys, crying and the radio all at once while I take a "nap." I sometimes turn on the table saw and test the carbon monoxide detector just to create some noise to relax.

XI) Kids spill a lot when they eat. I have saved all the food little baby E has dropped on the floor and will be able to have lunch at work the entire next year. You actually only feed the child 1/10th of the food you prepare. Our vacuum, however, eats very well. If we only still had the dog, she would love this baby!

iii) As a male with normal sized fingers those damn buttons on baby clothes are ridiculously small. I would have better luck playing Playstation with my feet than getting some of these clothes on the baby. It makes you feel like the people who are so uncoordinated that they fail sobriety tests when they are sober.

7) It used to be that getting peed on meant your roomate in college mistook your bed for the toilet. It usually ended by kicking him (or her) in the balls (or ovaries) and then having a beer together to "talk it out." Now you get pissed on (presumably by your child) and you just hope it dries before you get to your office.

J) I sometimes think small children have magical powers and can move really fast when we are not looking at them. One minute they are playing quietly with blocks in the living room and then 1/2 second later they are bathing in the toilet and there is 200 yards of toilet paper on the floor.....WTF? How did that all happen so quickly? The kid can't even walk yet! I'm telling you, it's magical powers.

It's been a really fun and crazy year little baby girl.....Happy 1st Birthday, Ella!
Posted by Mitch Hoffman at 9:26 PM

Amiable brief and this post helped me alot in my college assignement. Say thank you you for your information.

Have you bought your first half-gallon of organic milk now that your daughter is one? Oh, what a glorious feeling! It rivaled settling my college debt.

I'm lucky to have stumbled across your blog. Out of boredom I've been clicking next blog and just browsing around. This post made me laugh and reminisce of things I've often said over the past 18 months since giving birth to my son. I read it to my boyfriend after saying, "Hey babe I think this guy is in your brain."